N-Power,  on Monday explained how applicants can check their pre-selection status.

The information was contained in a statement on its official Twitter handle, N- @npower_ng

“Good morning, You will recall that we shared that 2017 applicants can check their pre-selection status today from 11.30pm.

“Below is how to check your pre-selection status. Please follow instructions carefully”, the tweet read with an image containing the details.

Meanwhile, the presidency has confirmed that a total of 176,160 graduate beneficiaries had been deployed under the N-Power.

This is contained in a book titled: ‘Making Steady, Sustainable Progress for Nigeria’s Peace and Prosperity: A Mid-Term Report Card on the Buhari Administration’ co-authored by the Presidential Media Team.

The book stated that N-Power programme, has reached 200,000 graduate beneficiaries from all 36 states including the FCT.

It said in other to ensure gender balance, 46 per cent of the total 200,000 beneficiaries selected were female while 1, 126 applicants with disabilities were also picked.

Government further disclosed that a centralized Project Management Unit was currently being set up to carry out monitoring and evaluation of the programme across the country.

“In addition to this, a MoU has been reached with the National Orientation Agency to also carry out monitoring and evaluation in all 36 states including the FCT,” the book said. 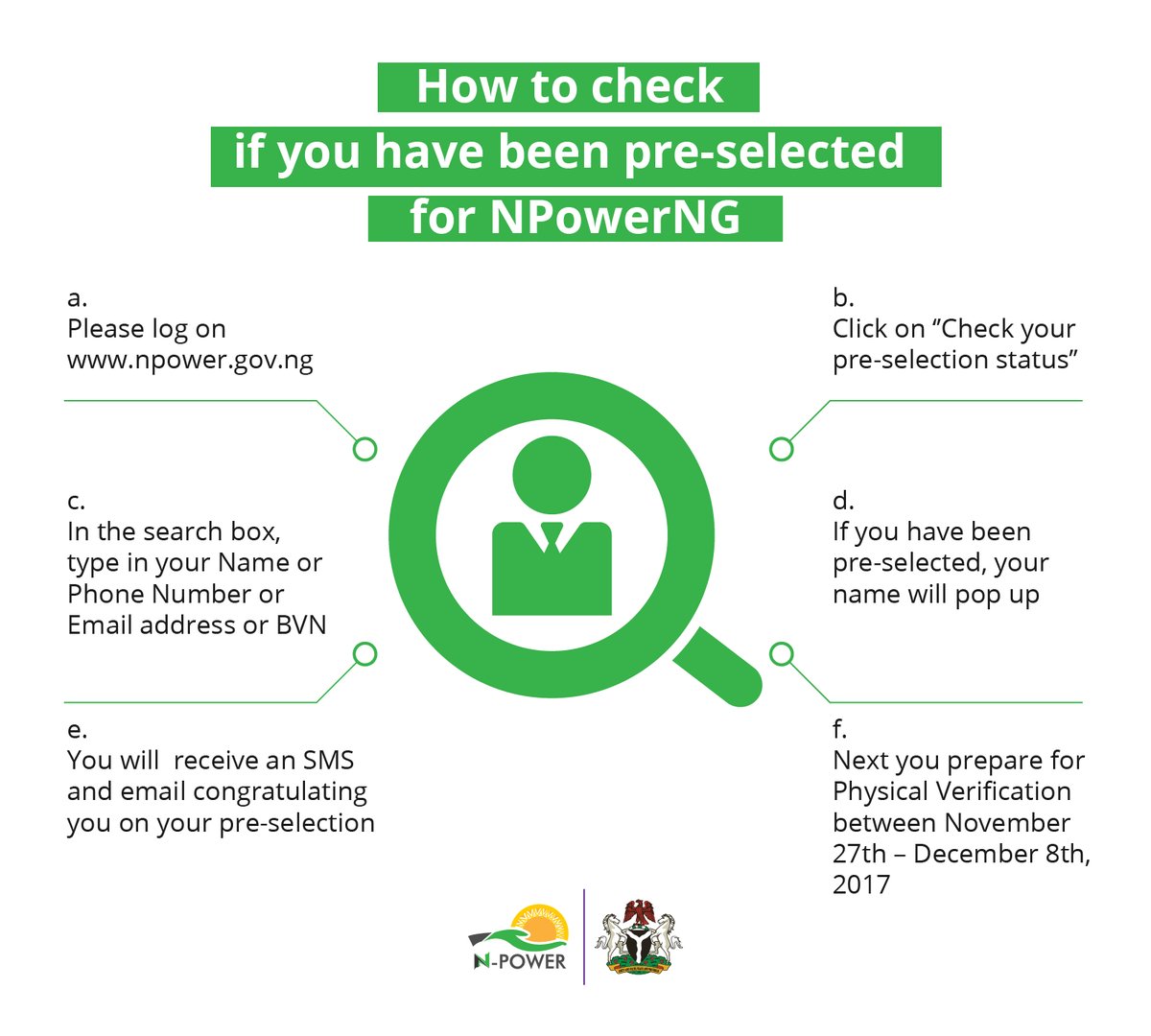