Born as Olubowale Victor Akintimehin on September 21, 1984 but popularly known as by his stage  Wale.

The Washington DC rap artiste rose quickly to stardom courtesy of his unique style. Wale’s style was largely influenced by the popular Washington go-go style of music. The super-talented international star has popularized the regional genre while effectively fusing it with modern hip-hop.

With subsequent successes and the raw show of quality talent, Wale became a hot cake for record labels such as Def Jams, Interscope amongst others. Wale was later signed by Interscope for a fee of $1.3 million making it one of the highest any artiste has ever been signed for.

Wale is without a doubt the most prominent rapper from Washington DC.

“That competitive nature has set the rapper on a course to stardom, as his recent success shows. Wale grossed over $20,000 per night while performing more than 75 concerts over the past year; his new album, Ambition, provided the soundtrack. Over the past 12 months, he pulled in nearly $5 million, narrowly missing the Hip-Hop Cash Kings list.”

According to the star, he earns from record sales, tours and shows.

It was largely believed that Wale in 2013 signed a deal with Nike to model their foot wears. The rap star also admitted that he is working on some business deals with a couple of athletes. 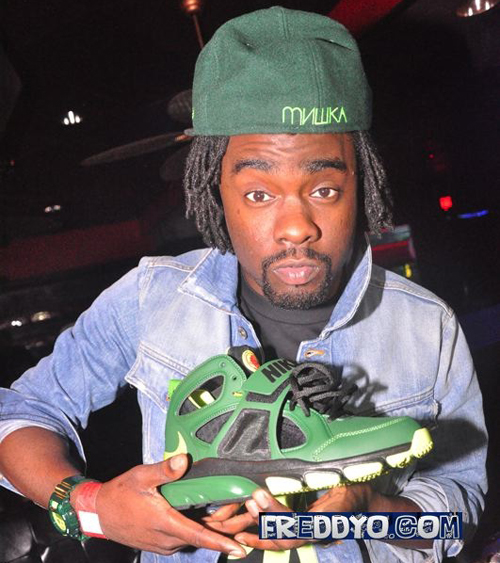 Wale also revealed that he is conservatively investing and spending his money. In his interview with Forbes the entertainer explained that ambition drives him more that the money. He believes “you have to be good at what you do” and let that drive you to the top.

“I never had money; I like nice things, but I don’t let that run my life,”

“At the same time, I have to let something drive me … so now I let the money drive me.”

The idea for the rap star is to get to the utmost heights of his career and making more money while at it. That regardless, Wale’s net worth may not be perceived from his looks and accessories.

Wale says he is judicious and frugal with his money. He says it is not his style to buy and wear blings for the praises of the public. While he may not need as much money as he intends to have, he is certain he would be needing it for a rainy day.

From his early performing days as a local American entertainer, the big bucks was not exactly the motive. Wale wanted his voice to be heard and his acts perfected.

He mentioned that he had a humble beginning with his parents. From Austria the Nigerian family relocated to Washington DC in 1979; settling in a one bedroom apartment before a later improvement and they moved to a middle-class apartment.

“I don’t want to be one of those guys that you see who made $4 million, invested $3.5 million, and now you work at Wendy’s,”

“I want to get the highest score on Pacman or Frogger … [and] I want to make sure I’m on the FORBES list in a year or two.”

More than Wale’s net worth, Wale wants to make a mark in the global entertainment industry. He wants to be the best there can be.

Growing up, he attended Quince Orchard High School in Gaithersburg, Maryland, and moved to Largo, Maryland in Prince George’s County.

Due to certain academic reasons, Wale did not conclude his University education. He left in 2012. Nonetheless, he was determined to make it to the top with or without a degree. He had obtained an admission into school by winning a football scholarship.

As a fashion designer, having the 2018 Nigerian Ankara styles catalogue is…